We've come to another year's end here at twelvedaysold, which was more sparse than last year.  My life in general was more sparse, but sometimes I need those quiet years.

Those of you who have been around for a while or have been reading through my archives (I love you), last year ended kind of sucky, with 2010 becoming kind of a douche.  I was a wee bit sad and stressed out.

After we found out about Jesse's diabetes last November, he immediately lost something like 40 pounds and now weighs less than me.  On the plus side (bah!), all the happy pounds I've gained since we got married have rounded out my butt quite nicely.  Whenever I'm around my mom for an extended (like my waistline) period of time she starts making everyone look at my butt and says, "Where did that come from?  Why don't I have a butt?"  Which always ends with my dad asking if we could please stop talking about my behind.

I went to jury duty, bought a bike, went on vacation, and purchased a video which became the best present ever for Jesse's birthday of a man dancing topless with "Happy b-day Jesse Bear" written on his stomach.

I told a lot of childhood stories, since I was a wee bit of a peculiar child, and I do a lot of embarrassing things.  I was watching an episode of Hoarding: Buried Alive and one woman, after cleaning up almost her whole house, said something along the lines of, "This is how I get to help people, by sharing my story.  I don't know why it had to be hoarding, but by doing this I'm helping other people."  I'm kind of like that, with making a fool of myself.  It's okay if you do stupid things.  There's humor in there somewhere.

I talked about the broshay, and the time I thought we were "that family" when my dad told me he drowned a racoon in our backyard.  I admitted to thinking my overweight cocker spaniel was as fast as Superman, gagged while remembering the long-forgotten chocolate milk that exploded in my car, blushed while writing that I cut my eyebrows to look like Vanilla Ice's, and most recently I told you about when I was a kid and dropped trou in my bedroom and peed in a heater vent.

Cinnamon is doing well at the ripe age of 16 1/2 and doing well apparently requires sleeping a lot.

I did a good amount of knitting/crafting this year, including a lot of presents I never took photos of.  I also got VERY MAD at knitting.  Sometimes it's a love/hate thing.

I'm not a book worm, but I almost always have a book going.  I kept a list this year, and 18 books in 12 months sounds pretty good to me, even though I was a lazy bugger all of November and didn't read once (I mean, I read labels and signs and stuff.  I didn't avoid all printed words).

I got a little disappointed earlier this year as well, when I told my mom I was excited about turning 25 because I could be sold on Etsy as an antique.  Then she told me an antique on Etsy only needs to be 20.  There goes that joke, lame 25.  What am I going to do with you now.

So, good friends, family, active readers and lurkers, I hope 2011 wasn't too hard on you, and here's to a totally awesome 2012. 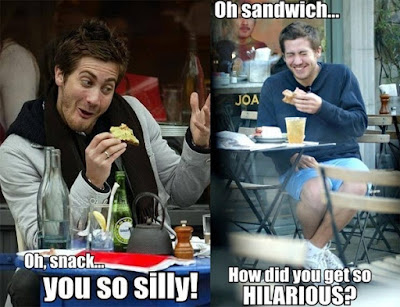 Hey there, player! Since this is an old blog, I get a lot of spam comments, hence the word verification (which I HATE). If you're a real person, know that I still read everything written here :)

The actual comic is this one, if you are so inclined.

Twelvedaysold is a girl named Katie who is married to Jesse and has a cat named Cinnamon. You're caught up now.

Links you probably won't care for